For our 9th Design & Technology lecture we had a talk from Alistair Macdonald (former Head of Department for PDE at the GSA). Prior to this lecture we were asked if we could watch the 1991 film ‘Until the End of the World’ by Wim Wenders.

“While trying to find a cure for his wife’s blindness, Dr. Farber has created a device that allows the user to send images directly to the brain, enabling the blind to see. The creation and operation of such a machine is in stark contrast to a deteriorating global situation, where the continued existence of mankind is under threat from a nuclear powered satellite that is falling toward earth.”

With a runtime of 2h40, an extremely scattered plot and some questionable acting, it proved to be quite a challenging watch and a lot to take in! 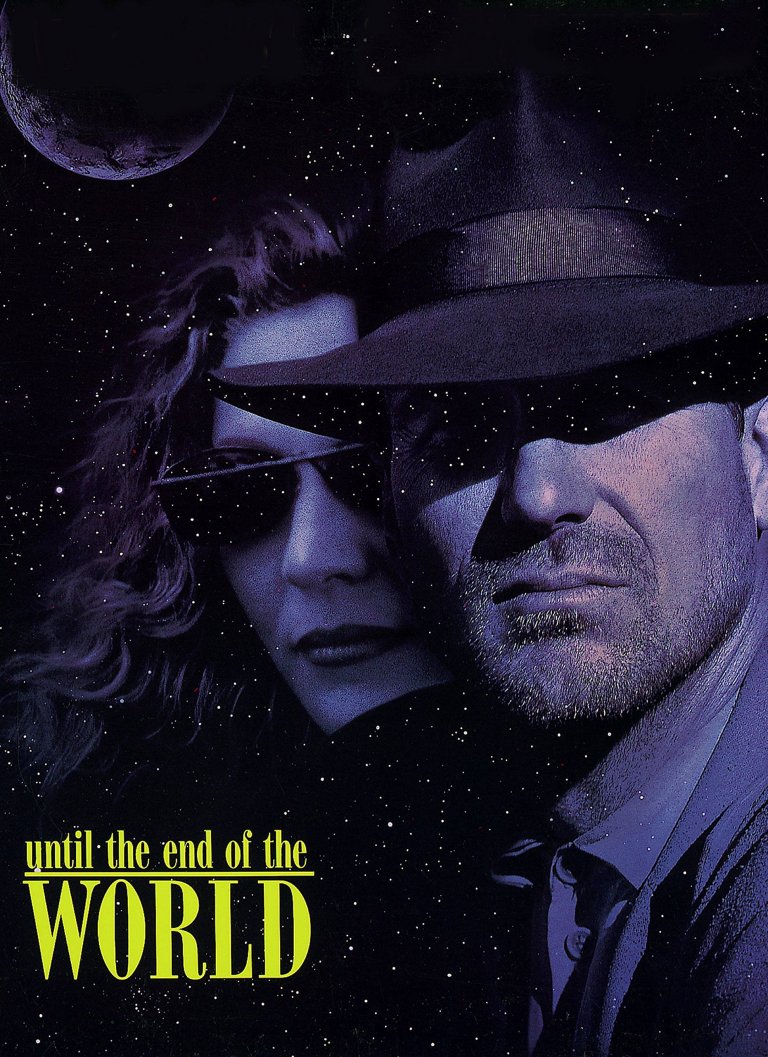 However, here are my thoughts:

Amidst the turbulent storyline and somewhat confusing plot there was a lot to take away from this film. The most prevalent being that perhaps the end of the world won’t come from a nuclear blast, but instead from an abundance of selfies! The first half of the film is, essentially, Claire hunting Trevor down – from Paris to Berlin to Lisbon to Moscow to Beijing to Tokyo to San Francisco, with other stops along the way. The film has an eye on the then-futuristic technology, most of which has come to fruition. Wireless devices, easily searchable electronic footprints, voice-activated word processing, video faxes and computerised maps are ubiquitous in the film, even if they don’t look quite like they do now. I found this eerily foreshadowing considering the film was released in 1991, 16 years before the first iPhone was even released!

So what begins as a natural desire to understand one’s own past becomes an addiction to nostalgia. In 2019, their zombie-like existence, as they clutch handheld screens, take on a new meaning. Of all the predictions Wenders made, this is by far the most striking.

So following this, Alistair Macdonald came in to give us a lecture loosely based around this film. Alistair started his lecture by asking us all the following three questions:

If I am totally honest, at this point I was left feeling pretty confused. Throughout the lecture some very interesting products, believes & motives were presented to us and I found it all very thought provoking. So I went away having quite a lot to think about.

Subsequently, I found it quite difficult to reflect on this lecture. So for this one I have decided to end by repeating something that Alistair said that I found particularly memorable and I think sums up this topic very well…

“once we searched google, but now google searches us”